Matthew "Matt" Thorndark is a contestant and the main antagonist of Survivor Fan Characters 8: The Midway Island.

Matt was known for being deceitful and irritable around others, including his closest ally, Johnny. He was also known for his rivalry with his former ally, Heinz Keller, whom he blindsided on Day 18. However, after Heinz returned through the Outcasts Twist, Matt became desperate, and turned to Geena Takahashi and Iraenus, who would help keep him in the game. Matt would end up making it to the Final Tribal Council, but the jury did not approve of his, nor Heinz's gameplay, and he ultimately lost to Melanie Aensland in a 5-2-0 vote, garnering no votes for himself and finishing in third.

Due to his pathetic struggle after the merge, along with failing to be the master gameplayer that he liked to paint himself as, Matt is generally considered to be one of the worst villains in the series' history. 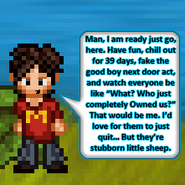 Matt in the preview. 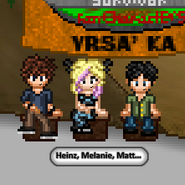 Heinz, Melanie, and Matt in the Final Three. 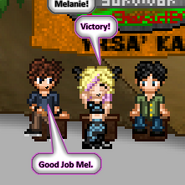 Melanie is declared Sole Survivor in a 5-2-0 vote over Heinz and Matt. 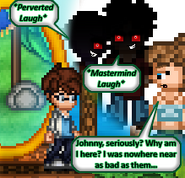 Matt's cameo in one of Johnny's fantasies.