Miichelle is a contestant from Survivor Fan Characters 3.

The first completely mute character to be on the show, Miichelle proved to be particularly useful when it came to camp life, being able to create fire from two stones effortlessly. However, her lack of social skills and tendency to self-isolate unnerved the rest of her tribemates, and she was voted out unanimously at Pambar's second Tribal Council. 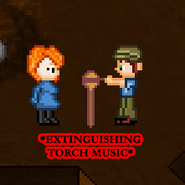 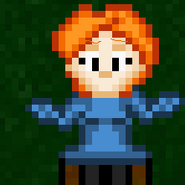