Rosella Reid is a contestant from Survivor Fan Characters 16: Blood vs. Water.

Rosella was first mentioned by her father, Vinnie Reid in Brains vs. Brawn, who frequently stated that he had a daughter, though she was never referred to by name.

Years later, Rosella would compete alongside her father in Blood vs. Water. Unlike her father though, Rosella could not adapt to her new environment and didn't get along with many of her tribemates. Her constant complaining and lack of effort in challenges lead to her being unanimously voted out by her tribe on Day 8. 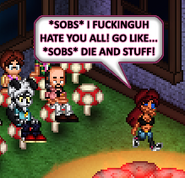 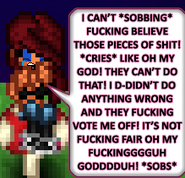